A competently trained Veteran Field Surgeon from Krieg's Kolechian 14th Heavy Siege Regiment. The 14th were disbanded after catastrophic losses caused by a Tau strike-force on the world of Korista 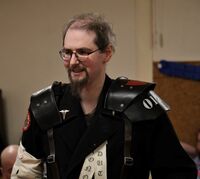 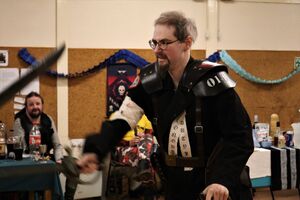